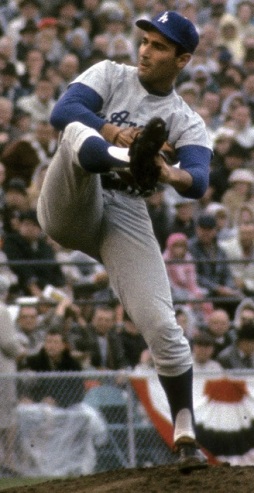 Moments, acts, and people living rent-free in one’s head don’t always have to be the ones that broke your heart. When an online baseball group member asked fellow members for such moments, I found it impossible not to think of a truckload of such moments. Of course, many will betray my age. I’ve been betrayed by worse.

Fair disclosure: I don’t lack for non-baseball moments living rent-free in my head. Things such as the first time I wrote with a fountain pen, my first unaccompanied-by-elder jaunt around the New York subways, my first airplane flight, my first experience with a Gibson guitar, my first crack-of-dawn in Air Force basic training, my first paid published newspaper by-line, my first turn on radio.

But ask me about baseball and I probably have enough tenants living rent-free in my head to fill an apartment house. Half way, at least:

* Hall of Famer Sandy Koufax. On two days’ rest. A second shutout with nothing but a fastball left after 359 innings that year. Game Seven, 1965 World Series.

* One not-so-foggy Christmas Eve, 1969: Curt Flood writing to commissioner Bowie Kuhn that he didn’t believe he was just a piece of property to be bought and sold at will.

* ‘Twas the day after Christmas, and all through the house, baseball went ballistic when arbitrator Peter Seitz ruled in favour of Andy Messersmith. 1975.

Tommy Lasorda deciding it was safe for Tom Neidenfuer to pitch to Jack Clark with first base open and the Dodgers one out from forcing a seventh 1985 NLCS game—and Jack the Ripper deciding how unsafe it was with what proved a pennant-winning three-run homer three-quarters of the way up the left field bleachers.

* Don Denkinger. If you have to ask . . . (Even if it wasn’t his fault the Cardinals imploded in Game Seven.)

* Mookie Wilson and Bill Buckner. If you still have to ask . . .

* Derek Jeter and The Flip.

* Mike Piazza’s mammoth blast in the bottom of the eighth, in the first Mets home game following baseball’s break after the 9/11 atrocity.

* Dusty Baker handing Russ Ortiz the game ball somewhat ostentatiously, when lifting him in Game Six, 2002 World Series, and Scott Spiezio making Felix Rodriguez pay for it to start the Angel comeback that forced the Game Seven they won.

* Alex Gonzalez and the double play hopper bounding off his glove, eighth inning, Game Six, 2003 NLCS—with the Cubs five outs from going to the World Series they wouldn’t reach yet.

* “Back to Foulke—Red Sox fans have longed to hear it! The Boston Red Sox are world champions!”

* Albert Pujols vs. Brad Lidge, Game Five, 2005 NLCS. (The only thing keeping Pujols’s blast in the building was the retractable roof bracing of Minute Maid Park.) 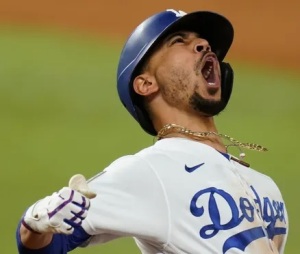 * Lucas Duda unable to make a simple throw home to finish what should have been a Game Five-winning double play to send the 2015 Series back to Kansas City.

* Unaware that a standoff between a narcotics suspect and Philadelphia police left six officers wounded during the game . . . Bryce Harper. Bottom of the ninth. The Phillies down two runs with the bases loaded. The mammoth ultimate grand slam flying past the foul pole into the second deck. Harper running it out as though he had a process server on his tail. August 2019.

* “The Rays are going to ask for the biggest hit in the life of Brett Phillips.” Game Four, bottom of the ninth, last year’s World Series.

And I have many more apartments to fill before my eventual date in the Elysian Fields.