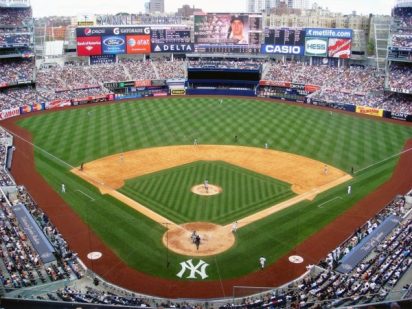 Affirming the 2017 Yankees as cheaters won’t exonerate or excuse that year’s Astros or the next year’s Red Sox.

Remember the somewhat infamous admonitory letter from commissioner Rob Manfred to Yankee general manager Brian Cashman, regarding proof that the Yankees were up to some 2017 electronic sign-stealing of their own? The letter the Yankees have fought to suppress with the same ardor as they exercise trying to break a decade-plus World Series ring drought?

The Yankeegate letter’s going to come forth in a fortnight, ESPN says. We’re going to learn at last whether Manfred told the whole story of any such Yankee panky or, if he did, just what it actually involved, other than the once-infamous dugout phone/Apple watch slap on the wrist. It only took two years from the day federal judge Jed S. Rakoff ordered the letter unsealed and disclosed to the public with minimal redaction.

Maybe it was only the dugout phone and/or the Apple watch. Maybe it included the Yankees trying to get cute using a television broadcast camera/monitor for a little extracurricular intelligence gathering. Maybe it included the Yankees operating a replay-room reconnaissance ring similar to that known to have been run by Red Sox players in 2018. Maybe.

The bad news, at least for the DraftKings fantasy baseball group, is that releasing the Yankeegate letter won’t reinstate their $5 million lawsuit over Astrogate and Soxgate and aimed at both those clubs plus MLB itself. The worse news is that, whatever is or isn’t in the Yankeegate letter, it won’t take the 2017-18 Astros especially, or the 2018 Red Sox as well, off the hook.

Memory summons back that some around the Astros—and no few of their fans—believed to their souls that high-tech sign-stealing was prevalent enough that they would have been left in the dust if they didn’t think about a little such subterfuge themselves. Mostly, it involved replay-room reconnaissance. The Red Sox got bagged for it over 2018, but few pretended they were the only team with that kind of spymanship.

The Rogue Sox and their fellow replay-room spies, whomever they were, still required a little of the old-fashioned gamesmanship technique: their pilfered intelligence was useless unless there was a man on base to receive it and thus signal it to the man at the plate. That doesn’t justify, either. Sign-stealing from the basepaths or the coaching lines is one thing. Picking it off replay monitors is something else entirely.

But those rooms were provided by MLB itself, to the home and visiting teams in each ballpark. Expecting them to be there without one or another team giving in to the sign-stealing temptation was (I repeat, yet again) something like Mom and Dad making off for a weekend getaway without the kids and leaving the liquor cabinet keys behind.

The 2017-18 Astros took it quite a few bridges farther. For one thing, a front office intern created a sign-stealing algorithm (Codebreaker) that he warned was legal to use before and after games but not during games, a warning then-general manager Jeff Luhnow pooh-poohed while fostering a since-exposed organisational culture in which, to be polite, human decency, never mind honest competition, was seen as an encumbrance.

For another thing, there was that little matter of either an existing camera altered illegally from its mandatory eight-second transmission delay; or, a second, illegally deployed real-time camera. Either or both of which sent signs to be deciphered from an extracurricular clubhouse monitor and then transmitted to Astro hitters with the infamous trash can bangs.

Nobody with credibility says the replay-room reconnaissance rings were right. And nobody with credibility should ever say those rings made the 2017-18 Astros less guilty. As things turned out, the Astros had such a broad reputation inside baseball for their kind of cheating that their 2019 World Series opponents took themselves to extraordinary lengths to thwart it.

No, the 2019 world champion Nationals didn’t build their own extralegal closed-circuit television spy network. They merely provided every one of their World Series pitchers with five individual sets of signs each to switch up in a split second’s notice, with their catchers provided wrist-band cards featuring every one of those sign sets just in case.

Whataboutism is no defense whether you’re a rogue police officer, a corrupt politician, or an illegal off-field-based electronic sign-stealing cheater. The Astros couldn’t just whatabout their Astro Intelligence Agency and get away with it in the public mind. Nor could the Rogue Sox whatabout it when their 2018 edition was exposed for replay-room reconaissance cheaters.

The Yankees won’t be able to whatabout it if the infamous letter shows their 2017 edition to have been replay-room or broadcasting-camera cheaters, either. But we’ll have to wait at least a fortnight before we know at least some the rest of the Yankeegate story.