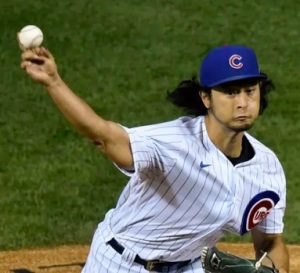 They may not necessarily shoot the wounded in baseball, not much, anyway. But show me one or two teams hurting actually or allegedly and I’ll show you one team standing ready with a bag of salt for those wounds.

The American League champion Tampa Bay Rays prefer to continue as baseball’s version of Woolworth’s, a bargain-basement store with a bargain-basement approach. The Chicago Cubs seem to prefer being Tiffany on the outside but Wal-Mart on the floor inside. The San Diego Padres don’t mind going to either store.

The Padres went to Woolworth’s and spent a pair of major league youths and minor league prospects to walk home with lefthanded pitcher Blake Snell—last seen pitching in the 2020 World Series, of course. He’ll have elite rotation company in San Diego silks for 2021, too.

The Rays also went to Tiffany-Mart and tricked a salesperson into taking a moderately successful major leaguer and four teen prospects several years from maturity for the privilege of walking home with righthander Yu Darvish and his personal catcher Victor [Beta] Caratini.

In both transactions the Padres came away with gems. In one they surrendered a pair of young Showmen who could go either way and a couple of minor leaguers who could go likewise. In the other, they fleeced in broad daylight as it’s become more evident that, whatever the Cubs want to call it, there’s something suspicious in Wrigleyville.

“This,” tweeted ESPN’s Buster Olney, “is what a salary dump in a pandemic looks like. The Cubs aimed to transfer debt.”

Debt? The gigarich Ricketts family? Let’s give them the momentary benefit of the doubt, as Bleed Cubbie Blue writer Sara Sanchez is willing to do for a moment. “The pandemic hit just as the Wrigley Field renovation, the team’s investments in Wrigleyville, and Marquee Sports Network came together,” she writes. “Everything was finally open for business to recoup some of the estimated $750 million the Ricketts family had invested in the neighborhood – and then, it was all shut down.”

Then, she says, more or less, halt right there: “Let’s not kid ourselves — neither the Ricketts nor anyone else in baseball has opened their books, which is unlikely to change in the near future, and none of us know if those losses are actual losses or just falling short of projected revenue . . .”

[W]hether you believe the Ricketts’ claim that they had actual losses, or the [Major League Baseball Players Association]’s claim that those are projected revenue losses, it really doesn’t matter because the front office has clearly been given a mandate to shed costs. It does not matter that you cannot balance a multi-hundred million (or billion, as Kaplan claims) dollar loss on the backs of peanut vendors or even Cy Young contenders. Believing in that financial frame is how you get a deal like this.

FanGraphs’s Craig Edwards is a little more blunt, in an essay titled “Padres give up prospects for Yu Darvish while the Cubs give up”: “[W]hile even a Darvish-less Chicago should still contend in a weak NL Central, there are only two players on the roster under team control beyond next season who project to be worth more than two wins: [pitcher Kyle] Hendricks, who turned 31 last week, and [outfielder] Ian Happ. The Cubs’ payroll for next season has now dropped below $140 million with no signs that ownership plans on increasing it; if there is another championship window on the horizon, it’s unclear when it will open.”

The Rays have been such a basement operation that some wags believe they’ve been living on salary dumping or at least taking to extremes the time-tested maxim that it’s better to deal a year or two too soon than a year or two too late. But it doesn’t get them off the hook entirely for dealing a former Cy Young Award winner to the team that promptly hit Tiffany-Mart and snatched what some call the National League’s should-have-been 2020 Cy Young Award winner.

Trading Snell, The Athletic‘s Keith Law writes, “only further underscores the fact that the situation in St. Petersburg is untenable.”

The team’s owner will not spend on players. He has said the stadium situation is the cause, limiting their revenues, and that argument has some merit; they don’t draw, and the stadium — ugly and hard to access — is at least a large part of their problem. Perhaps a new stadium on the Tampa side of the bay would help, but the team and/or MLB would have to pay for it — as they should, since it would profit the Rays and indirectly profit the league as a whole (or at least the teams that pay into revenue sharing). Perhaps they need to relocate to Nashville or Portland. But the current situation isn’t working. The Rays went to the World Series and immediately traded their best pitcher, a recent Cy Young winner, rather than paying him what amounts to fourth starter money in 2021. The MLBPA shouldn’t stand idly by and watch one of the few employers of major-league players all but refuse to pay them major-league salaries. The Rays made a damn good baseball trade here, but baseball is worse off for it.

Law isn’t exactly kinder or gentler about the Cubs dumping their best pitcher and his personal catcher, either. “Why the Cubs are operating on a shoestring is beyond me,” he writes, “but I can’t believe this was a baseball operations decision.”

It was likely forced by ownership, even though the Cubs were a playoff team this past season and had a very good chance to be a playoff team in 2021, even with their offensive flaws. This move makes them less expensive but not better now, and not better for several more years. What a swift, shocking fall for a team that less than five years ago seemed primed to compete for not just one but multiple championships.

And what a clearer picture it presents as to why Theo Epstein took a hike toward taking 2021 off to regroup himself.

Which isn’t to say that the Padres aren’t rolling some serious dice of their own, of course. Walking home from the shopping spree with Snell and Darvish has legions of fans drooling over the possiblity that the world champion Los Angeles Dodgers aren’t the only powerhouse in the National League West now.

But the Padres have been there, done that before, and not necessarily come up smelling as sweet as the San Diego waterfront air. They may be behaving like a West Coast discipleship of the New York Yankees, but even the Empire Emertus hasn’t been immune to big moves imploding on them, either.

“Remember 2015? Padres acquired James Shields and Craig Kimbrel to go with additions of [Wil] Myers, [Matt] Kemp, & [Justin] Upton,” reminds Halo Life, a blog customarily dedicated to the Los Angeles Angels. “Big moves at the time. They were the talk of the winter. 74-88 record following season.” Halo Life says, Deja vu. It says here we’ll know when we get there.