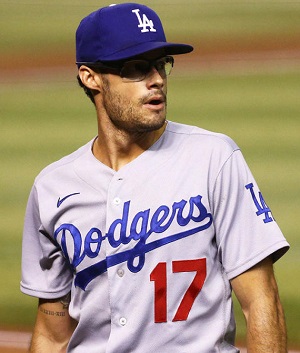 The good news, such as it is, is that Los Angeles Dodgers pitcher Joe Kelly’s suspension for throwing at Houston Astros Alex Bregman and Carlos Correa, triggering a bench-clearing, safety protocols-defying debate, was reduced from eight to five games. Enough might say that’s still too much.

The bad news is that there remain enough, aboard social media especially, to whom Kelly didn’t go far enough in administering Astrogate justice. Much like rioters and looters turning peaceful if grief-stricken demonstrations into war zones, they would cross the line between demanding justice for the guilty and destroying the innocent.

“Asstros [the poster’s spelling] need to be assaulted, often and viciously,” said one such social media poster, perhaps too typically, not specifically about Kelly but about the protocol-defying near-dugout scrum into which Astros coach Alex Cintron goaded Oakland outfielder Ramon Laureano last Sunday afternoon.

“Bean balls, mound charging, spiking, spitting, fighting, punches, headlocks, punches to the face hard and often,” the poster continued. “Umpires should call every pitch against them a strike.” And then we should get really mad?

Such outrage is far more comprehensible than the same poster going forward from there to say violence has deeply therepeutic benefits. For whom? For those whose rage over the lack of Astrogate discipline against the cheating players simply will not be satisfied by one pitcher throwing beanballs?

Or, by one Athletics outfielder fuming over being hit by Astro pitches thrice in one weekend and twice that Sunday while, coincidentally, not one Astro batter saw so much as a brushback all weekend?

Social media hounds such as that demand retribution above and beyond the bounds of the game policing itself, no matter how wanting commissioner Rob Manfred proved to be when he handed Astro players from 2017-18 blanket amnesty in return for spilling about the Astro Intelligence Agency’s illicit electronic sign-stealing operation.

And, no matter how wanting fans and about seven-eighths of major league players found both that amnesty and the Astros’ subsequent unapologetic apologies as spring training opened.

Kelly himself suggested distinctions for which right reason demands acknowledgement as well. That otherwise fine 28 July saw him send a pair of fastballs upside and behind Bregman’s head and—a few batters later, before striking Correa out for the side—a pair of breaking balls making Correa dance in the batter’s box.

Bregman and Correa are two of only six 2017-18 Astros regulars remaining in those positions on this year’s edition. Kelly made a point of send the messages strictly via them when the opportunity arose.

Doing it to that pair made things obvious enough, since no pitcher customarily would think of decking a Bregman on a 3-0 count with one out. Nor would he think normally of putting runners at second and third as happened when one of Kelly’s dusters to Correa sailed past to be ruled a wild pitch officially.

Kelly probably didn’t have to be reminded that justice demands a line between the guilty held to account and those having nothing to do with the crimes in question left unscathed. If he’d elected to deck, say, Michael Brantley, who didn’t become an Astro until 2019, and was the only non-2017-18 Astro he faced in the inning, he would have crossed that line and maybe earned not one degree of the acclaim he received.

When Kelly struck Correa out, Correa and Kelly jawed a little as Kelly strode from the mound and approached the third base line returning to his dugout. Kelly then sent mock crybaby gestures including a pronounced pout to Correa. From there the dugouts emptied, health and safety protocols be damned. Not too bright on either side’s account.

But it combined with the Bregman knockdowns and Correa dustings to make Kelly a folk hero in Los Angeles, where they’d still like to send the Astros to the guillotine over the 2017 World Series the Dodgers lost to the Astros and, quite possibly, to the AIA as well.

In other places, considering Kelly’s membership on the 2017-18 Boston Red Sox (vanquished by the Astros in the ’17 division series, vanquishers of the ’18 Astros en route their own World Series triumph against the same Dodgers), Kelly’s “hypocrisy”—considering the subsequent revelation of the Red Sox Replay Room Reconnassance Ring sign-stealing—was denounced almost as furiously.

At least, it was until right reasoning people reminded themselves that neither the AIA nor the Rogue Sox operation involved the teams’ pitching staffs specifically. And, that Kelly, who became a Dodger last year, might well have gotten enough of the skinny from his mates to comprehend a significant distinction between the AIA and the Rogue Sox.

The AIA involved either altering an existing off-field camera off mandatory eight-second transmission delay or installing a furtive real-time camera to send the stolen intelligence to a clubhouse monitor for transmission to hitters. The Rogue Sox’s Four Rs involved using screens already installed in replay rooms league wide to decipher signs and signal them to baserunners who’d signal them to the hitters.

In simpler terms, the AIA went off the grid and over the barely-consecrated official line, while the Rogue Sox simply behaved like a teenage boy finding the keys to the hooch hutch unable to resist temptation until he was of legal drinking age. Especially since MLB handed them the hutch in the first place.

When Kelly’s pair of fastballs went upside Bregman’s head, there was a lot of jawing about them showing a lack of “professionalism.” Mostly from people—like Astros pitcher Lance McCullers, Jr.—who called those pitches unprofessional but couldn’t explain why illegal high-tech cheating wasn’t.

In the immediate wake of Kelly’s messaging, the word came unimpeachably that Manfred now has a hammer to drop on future such Astrosoxgate espionage: not only can those players caught taking or transmitting electronically stolen signs be suspended without pay, they lose the days of their suspensions in MLB service time, too.

The poster I cited earlier also demands the Astros’ 2017 World Series title be vacated. So has half the world, seemingly. Good luck with that. Vacate that title and you’ll have to try vacating a host of pennants (the 1940 Detroit Tigers, the 1951 New York Giants, the 1961 Cincinnati Reds) and/or World Series titles (the 2018 Red Sox, perhaps; the 1948 Cleveland Indians, possibly) past.

What the 2017-18 Astros and at least the 2018 Red Sox did was bad enough, even if you agree the Asterisks went over the line while the Rogue Sox were clever if warped enough to use what was handed to them gift wrapped.

But it would be just as wrong to compel those Astros and Red Sox people who weren’t there to pay for the crimes of those who were. Those demanding aboard social media and elsewhere that the innocent in essence must suffer with the guilty can put a sock in it.