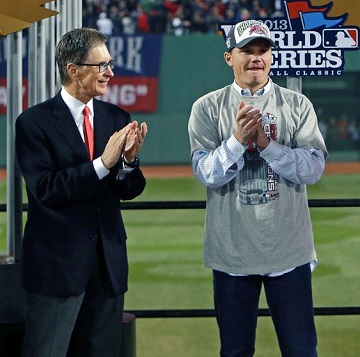 Few baseball fans are as frustrated as Pirate fans. Few deserve even a small ray of hope more. Pirate fans got one such ray when longtime Clint Hurdle was purged at last after a season in which he lost a clubhouse that seemed hell bent on destroying itself when it wasn’t pursuing silly field feuds.

They got another such ray of hope when the Pirates decided Hurdle’s execution was merely the wick lighting the powder keg of a near-complete front office house cleaning, which only began when pitching coach Ray Searage was pinked after a season during which the Pirate staff became too-much-reputed headhunters.

They got a third such ray when the house cleaning continued when president Frank Conolly and general manager Neal Huntington were purged, after a couple of years in which reputedly blockbuster deals blew up right in the Pirates’ faces even despite a warning sign or two.

And now comes a fourth such ray, in the word that candidates to be the Pirates’ next president of baseball operations include former Red Sox GM Ben Cherington.

Currently second in command to Blue Jays president Tony Lacava, Cherington is one man in baseball if there’s any such man who knows what it means to actually be able to raise and reconstruct the Titanic. He did it in New England, maybe the second most arduous baseball market for turning shipwrecks into cruises to the Promised Land.

The Red Sox hired Cherington in the first place after the 2011 season ended with the iceberg hitting the ship. His job only began when he was overruled at the top and the Red Sox hired Bobby Valentine to skipper the ship after Terry Francona—and Cherington’s predecessor Theo Epstein—abandoned it before they could be made to walk the plank.

Hiring Valentine proved the equivalent of removing Captain Smith from the bridge when the iceberg hit and installing Captain Queeg in his stead. Valentine took a clubhouse already full of noxious gases from the 2011 sinking and threw one after another lighted match into it. He was probably lucky that all he got was canned just days after the regular season ended.

Somewhere during the worst of that nightmare Cherington figured out that just because someone else dumped Smith for Queeg was no reason for him to go J. Bruce Ismay. He began repairing the ship even underwater, masterminding the August 2012 deal with the Dodgers that sent Josh Beckett, Adrian Gonzalez, and Carl Crawford out of Boston.

Major payroll surgery, that, the kind bringing the rookie GM what he’d need to augment his still-very-much-serviceable veterans with what I observed after the Valentine firing: “pieces that weren’t exactly top of the line but weren’t exactly losers, either.”

Cherington also got to dump Valentine, which could only have been his due after the rookie GM found himself as much company psychiatrist as boss when one after another player went to him seeking to keep their marbles—singular—during the depths of the Valentine nightmare. And he was the epitome of grace in throwing the switch:

Our 2012 season was disappointing for many reasons. No single issue is the reason, and no single individual is to blame. We’ve been making personnel changes since August, and we will continue to do so as we build a contending club. With an historic number of injuries, Bobby was dealt a difficult hand. He did the best he could under seriously adverse circumstances, and I am thankful to him.

You’d be hard pressed to find any other baseball general manager who could have been that diplomatic about a man who was lucky to escape with his life. It’s true the 2012 Red Sox were bedeviled by 27 trips to the disabled list, but it’s also true that four other 2012 teams (the Athletics, the Braves, the Orioles, the Yankees) were battered by injuries and still either won divisions (the A’s, the Yankees) or went to their leagues’ wild card games. (The Braves, the Orioles.)

The season recently ended gave further object lessons in how to navigate troubled waters when crews hit sick call almost en masse. Managed intelligently, they were the Yankees, the Astros, and (doesn’t it just roll off the tongue, Washington?) the world champion Nationals. Managed like several flew over the cuckoo’s nest, they were the 2012 Red Sox.

He also picked up where Epstein left off in rebuilding the Red Sox farm. He watched Hall of Famer in waiting David Ortiz rally a team, a town, and a region after the Boston Marathon bombing. (This is our [fornicating] city!!) He re-fortified when injuries hit, and watched Uehara—whom he’d thought would be a perfect sixth- or seventh-inning relief option—step up as a lights-out closer.

And, he watched his freshly repaired team of savvy vets, comeback kids, and young sprouts refuse to lose more than three straight on the season and march all the way to the Promised Land for the third time since the new century began. It also made Cherington only the third Red Sox executive ever to be named The Sporting News‘s Executive of the Year.

The rebuild, which Cherington picked up and ramped up without even thinking about tanking? (Tanking’s never an option for a team whose owner learned what not to do and how not to do it watching the win-or-be-gone George Steinbrenner style, anyway.) Mookie Betts, Xander Bogaerts, Rafael Devers, Andrew Benintendi, Jackie Bradley, Jr., all of whom loomed large in the 2018 World Series triumph, were Cherington recruits.

It was just a shame Cherington wasn’t around to savour it.

His only missteps were some free agency signings that blew up in the Red Sox’s faces: Pablo Sandoval, Hanley Ramirez, A.J. Pierzynski, Grady Sizemore. When Dave Dombrowski accepted his Detroit walking papers and the Red Sox walked Cherington out to walk Dombrowski in, Cherington still left the Red Sox a solid nucleus that didn’t exactly escape Dombrowski’s sights in 2015.

Dombrowski signed and dealt for several nuggets of his own. He watched the Red Sox go last-to-first in 2016 and repeat in the East in 2017, both of which ended in early postseason exits. Then, after hiring Astros bench coach Alex Cora to manage the crew following Farrell losing the clubhouse at last, Dombrowski watched Cherington’s seeds flower fully as the Red Sox won last year’s World Series.

But Dombrowski reverted to form and drained McCherington’s Navy while ignoring the under-constructed, over-taxed bullpen as one after another 2019 Red Sox starter was hit by either injury or inconsistency bugs. Thus did the Red Sox execute Dombrowski in early September, when their season was too long lost.

And since the Red Sox didn’t reach out and bring Cherington back (they hired former Rays vice president Chaim Bloom), though it wouldn’t necessarily be either untenable or unheard-of (reference the 1967 Cardinals, who brought Bing Devine back successfully after canning him in mid-1964) the Pirates might want to give a long, serious, thoughtful look at him.

The Pirates’ sunken ship makes the Red Sox upon Cherington’s advent resemble a sturdy aircraft carrier by comparison. And if ever a team needed a man who can prove he knows how to raise a wreck from the bottom of the sea, the Pirates do.