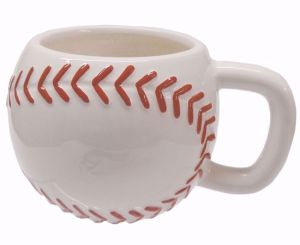 For 525 pre-1980 major leaguers, their cups of coffee are sweetened only slightly by a raise to their still-short-of-full-pensions annual stipend.

Once upon a time, a World War II-era radio commentator named Gabriel Heatter opened the lion’s share of his broadcasts with, “There’s good news tonight!” For 525 remaining pre-1980 short-career major league players denied pensions in the 1980 pension plan re-alignment, there was a small but significant spot of good news to start the week.

The New York Times‘s David Gardner, writing of one such player, Aaron Pointer, mentioned almost in passing that not only will Pointer and the others receive the annual stipend payments the now-solved lockout blocked in February, but the stipend will increase by fifteen percent over five years.

The stipend in question was arranged by the late Major League Baseball Players Association director Michael Weiner and then-commissioner Bud Selig in 2011. The original deal delivered $625 per 43 days’ major league service time for those players, up to $10,000 a year before taxes.

A fifteen-percent increase isn’t close to what those former players deserve, considering how unconscionably they were frozen out of the 1980 pension plan re-alignment, but it’s something. The bad news is that they still can’t pass their stipend to their families upon their deaths.

Several such players to whom I’ve spoken, since my first encounter with former Mets/Senators/Tigers pitcher Bill Denehy in 2019, have said they believe one key reason for their freeze-out was a perception that the bulk of them were only September call-ups, enjoying what journalist Douglas J. Gladstone termed—as the title of his book about these players and the freeze-out called it—A Bitter Cup of Coffee.

Denehy himself made all three of his major league rosters out of spring training, including as a rookie with the 1967 Mets. (His teammates included Hall of Famer Tom Seaver, with whom he shared a Topps rookie card that season.) A misdiganosed shoulder injury compromised his career; numerous, excessive cortisone shots have had the long-term effect of rendering him legally blind since early 2005.

The September question shouldn’t even have been an issue in the first place, particularly since the 1980 pension re-alignment changed pension vesting to 43 days’ major league service time, period, as opposed to the previous four years’ vesting time. It also changed the vesting time for qualifying for MLB’s health benefits plan to one day’s service time.

But I’ve begun examining the game logs at Baseball Reference of all remaining 525 such short-career, pre-1980 players. Running down in alphabetical order just the first 25 names on the list, none of those 25 were mere September call-ups.

Those players paid their MLBPA dues faithfully and supported any and all actions to begin prying players out of the abusive reserve era and toward their rightful free agency. Many of them had their moments in the sun of the Show even if they weren’t destined to become long-term players for assorted reasons, never mind superstars.

But you’ll be very hard pressed to find more than an extremely few sportswriters with national reach (Bill Madden of the New York Daily News has been a very notable and honourable one of them) who have written more than cursorily or by-the-way, if at all, about these men and their pension freeze-outs.

The Players Association’s first director, Marvin Miller, once told frozen-out players that in 1980 the money to cover them wasn’t yet available fully but he believed future labour agreements would repair that. Miller’s tenure ended in the early 1980s; Denehy, Clyde, and other such players have said Miller’s largest regret was that the union didn’t redress that 1980 mistake completely.

Those to whom I’ve spoken since 2019 have told me they believe that, if Weiner had lived (he died of an inoperable brain tumour in 2013), he would have worked to get further redress for themselves and their otherwise frozen-out short-career brethren.

But we’ll never truly know. And today’s major league players, flush as they are even in minimum-salary terms, seem barely aware if at all that these men, who helped make their justly-earned and not-begrudged riches possible in the first place, settle for a mere stipend instead of a full, just-as-deserved baseball pension.