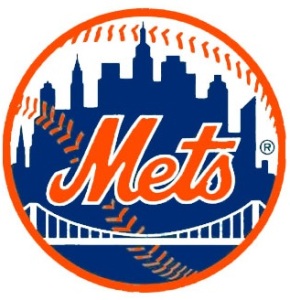 So said ESPN’s “news services” within a blink of the Cohen purchase closing. And then, a red flag: “Friday’s moves make [manager Luis] Rojas’ future uncertain. Fired Astros GM Jeff Luhnow, who completed a season-long suspension last week, could be a candidate for the analytics-oriented Cohen.”

Met fans celebrating the official consecration of Cohen as the new owner and that feeling of relief with the eighteen-hundred-ton Wilpon truck finally pulling away and off their backs should be hollering, “Danger, Will Robinson!”

They should remember that Alex Rodriguez and Jennifer Lopez and their gang probably got spurned as potential Met buyers not just because they couldn’t round up the full dollars but because A-Rod was foolish enough to seek informal administrative counsel from Luhnow, while Luhnow remained under suspension and J-Rod were still in the running to buy the team.

They should remember that seeking Luhnow’s advice on baseball operations compares to seeking marital counseling from Zsa Zsa Gabor.

They should remember that Luhnow continues blaming God’s will or any and everybody else for the Astrogate debacle that brought that a world champion and American League West dominator not to its knees but to a stance of defiance despite being exposed as particularly extralegal electronic video cheaters.

They should remember that, given another chance to own up, Luhnow lied to Houston NBC reporter Vanessa Richardson when he said, “Whether it’s the players or the video staffers, they just decided on their own to do it and that’s a shame, because had they come and asked me for permission I would have said no. Had they gone and asked Jim for permission, he would have said no. There’s just no reason why that should have happened.”

They should remember that,  even before the advent of the Astro Broadcasting Company, Luhnow was exposed (by Wall Street Journal reporter Jared Diamond) as seeing and not rejecting a front office-developed algorithm, Codebreaker, that the intern showing it to him said could be deployed for off-field-based sign stealing.

They should remember that Luhnow’s Astro “culture” was well exposed as a result-oriented culture in which human relationships were cheap, disposable, and disregarded. ”Luhnow had all year to speak,” thundered baseball writer Jose de Jesus Ortiz in a delicious Twitter rant. “But as was the case throughout his tenure Luhnow is as calculated as ever. That’s why baseball folks throughout the country say he’s dismissive of traditional baseball folks, scouts, players, etc. He sees them as assets, people to manipulate.”

They should remember that Luhnow dismissed the near-complete opposition in his front office, when he dealt disgruntled relief pitcher Ken Giles for then-under-domestic-violence-suspension relief pitcher Roberto Osuna in 2018. And, that Luhnow tried to cover the hide of his then-assistant Brandon Taubman being so fornicating glad they got Osuna in the presence of female reporters after the Astros won the 2019 American League Championship Series.

They should remember that, when Luhnow said to Richardson, “there’s no reason why we needed to explore breaking the rules to gain an advantage, it made no sense to me,” it begged the question of why Luhnow didn’t kill the Astro Intelligence Agency in its Codebreaker crib.

They should remember that 2017 Astros designated hitter Carlos Beltran, hired by Van Wagenen to manage the Mets last fall, never got to manage even a single spring training game for the Mets—because Beltran’s own Astrogate culpability got him suspended for 2020, too.

They should remember that it’s one thing for the Tigers to hire a repentant A.J. Hinch, especially since he won’t be getting his second chance at the original scene of the crimes at which he looked the other way, mostly; but, it’s something else that the Red Sox re-hired Alex Cora, whose fingers were all the way in the Astrogate pie, while not quite being in the pie known as the Rogue Sox Replay Room Reconnaissance Ring. Hinch and Cora are like the Watergate burglars but not the Big Enchiladas when all is said and done.

They should ask aloud that, if the new owner about whom they’re raving otherwise is as analytically inclined as advertised, Cohen shouldn’t even think of Luhnow and the stain he’d bring to the Mets, when there are likely a good number of candidates with the same inclination but a parallel respect for the humans who work or play under them and an equal disinclination toward cheating your way to the top.

They should insist that Cohen, who’s shown a remarkable agreeability to reasonable fan input, keep the house clean once he’s cleaned it up. That Cohen and Alderson should have but one thing to say about even the outside prospect of inviting Luhnow into his remaking/remodeling Mets: “No, no—a thousand times, no!”