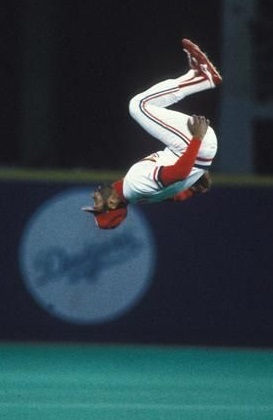 You never know when the late draft rounds will bring you another Wizard of Oz . . . but this year’s draft won’t have that chance.

Do you think you could win a division at least, a pennant a little more generously, or a World Series at most with a team such as this? An asterisk means the player is a Hall of Famer incumbent or likely in waiting.

That group has players who all played on division winners. Fifteen of the eighteen played on pennant winners. Eleven played on World Series winners. Nine are Hall of Famers incumbent or (in Albert Pujols’s case) in waiting. One delivered the biggest blow to send the Washington Nationals to the Promised Land in Game Seven last October.**

And all of them were taken after the fifth round of major league baseball’s annual draft, which has now been stopped at the fifth round for this year. The culprit, of course, is the coronavirus. The hope, of greater course, is that this will be a one-time limit. The fear is that Andujar’s Law (In baseball, there’s just one word—you never know) still applies, and baseball government may (underline that) consider this a possible permanent thing.

That was then: 1,200 players would hear their names called in the annual June draft. This is now, at least: A mere 150 will hear their names called. “The advent of hard-slotting and the sophistication of the amateur scouting apparatus has made it tougher for players to slip through the cracks,” write The Athletic‘s Rustin Dodd and Andy McCullough. “How much talent will baseball miss out on this June? It is too soon to know. Many college players will simply be forced to accept $20,000 bonuses or return to school — and college sports face uncertainties as well.”

Another Athletic writer, Keith Law, author of The Inside Game, has further less than encouraging news:

With the current financial situation and uncertainty of when, or if, we will see baseball this year, as well as the likelihood that we’ll see little to no minor-league baseball this summer, some reduction in the draft made sense from a player development standpoint, and it saves MLB teams some cash in the short term. But this decision to essentially draft and sign as few players as possible could have significant long-term consequences for players and teams alike, most of them not good.

The most obvious impact is that we’ll see a lot of good players who had some major-league potential go undrafted this year . . . Any change to the draft or college scholarship availability will disproportionately hit players from disadvantaged backgrounds, reducing their choices, their opportunities to play and their potential return if and when they are drafted. It’s great to talk about increasing diversity in youth baseball and to try to get more young players of color into the sport. You have to back that up with real money, however, and this appears to work against those goals — if you’re cutting bonuses and opportunities, your talent pool will consist only of players who can afford to make little to no money while they play. Players who need incomes, or who might have been able to use a six-figure signing bonus to get by while they played in the minors, might end up leaving the sport for other careers.

Which could prove even more life-altering if MLB goes through with a shameful proposal to contract the minor leagues. As Law goes on to observe, “It takes money away from some of the players who do sign, even before we consider the risk that some teams will lowball high picks and spend less than their total bonus pools. It creates potential logjams of players at four-year colleges and reduces players’ leverage in future drafts. The savings are marginal and matter in the short term — just until revenues return when games resume — more than the long term.”

In other words, it’s going to do the biggest favour to MLB’s owners, who still have to decide whether 2021 will feature a January draft for the players who miss out on this June’s shorter draft (it’s been done before, forty years ago), and whether this shorter draft to come next month is a one-time aberration. As if the game doesn’t have enough to worry about trying to figure out how to get even half a season under way.

Commissioner Rob Manfred’s regime has been marked well enough by issues ranging from seeming indifference (umpire accountability, the survival of the minors) to seeming short sight (immunity to cheating players leaving us only to guess—pending future whistleblowers—about just whom really availed themselves of the Astro Intelligence Agency and the Red Sox Replay Room Reconnaissance Ring) and back to ignorance. (Dubious pace-of-play suggestions/adjustments and equipment tinkerings that imply Manfred knows little enough about the game he oversees.)

What he does regarding the draft now abbreviated thanks to a pestiferous pandemic may well begin the final definition as to whether he’s been little more as a commissioner than a fiddler while baseball potentially burns. Manfred often seems indifferent to his prospective legacy. Would he wish it to include that he might have blocked future Hombres, Wizards of Oz, Geese, and Expresses from playing the game?

** Give me a nudge and I’ll add that Kenny Lofton has a Hall of Fame case that was flattened one-and-done on an overcrowded 2013 BBWAA ballot , while Jim Edmonds and Dave Parker probably would have more solid Hall cases if they hadn’t been thwarted by injuries too often.

Between the latter two, Edmonds has the far stronger case. Parker missed on 2019’s Modern Era Committee vote. Neither Edmonds [highlight-reel, run-preventive defense, and power hitting] nor Lofton [virtuoso table setting and defense] are eligible again until the 2023 Today’s Game Committee where they might have a better chance. Might.