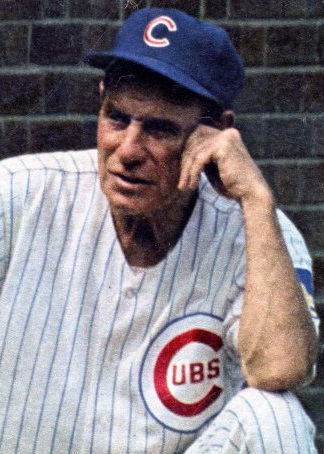 Leo Durocher’s taste for baseball espionage didn’t stop with the 1951 Giants’ clubhouse spyglass and buzzer to the bullpen.

The Astrogate watch continues apace. Commissioner Rob Manfred and his bloodhounds have widened the dragnet. They’re now said to be asking players “associated with the organization what they know about a range of alleged [electronic] sign-stealing techniques” in 2017 and in 2018-2019.”

And, according to ESPN’s Jeff Passan, still-active players who tell the truth “can expect leniency in exchange.” It ought to be interesting at minimum when we discover at last which players knew what or did what.

The bloodhounds will look into such devices, Passan says, as “‘buzzing,’ via the use of Band-Aid-like wearable stickers; furtive earpieces; pitch-picking algorithms; and other potential methods of sign-stealing.”

In other words, the probe is going above and beyond just a camera beyond center field transmitting real-time signs to a television set posted in the Astro clubhouse where someone, who knows whom just yet, sent the stolen sign to the man at the plate with a big bang or two on a large plastic trash can. Cheating’s gone as high tech as real world espionage.

It’s almost enough to make you pine for the Good Old Days of the Grand Old Game. When just about the most high-tech chicanery you could uncover in a baseball game involved buzzers and telescopes, whether hand-held Wollensak spy glasses a la the 1951 Giants or hobby-shop telescopes on tripods. An eventual World Series contestant thought of that one in 1948.

The Indians had a three-game lead in the American League as of 20 August, not to mention a four-game shutout streak, after Hall of Famer Satchel Paige threw the fourth straight shutout at the White Sox in Chicago. The next day, Hall of Famer Bob Lemon extended the shutout innings streak to 47 innings before the White Sox pulled out a 3-2 win at the last minute, and the Indians went on to lose eleven of their next eighteen games.

That dropped the Indians to three behind after Labour Day. And, wrote then-first baseman (and future coach and front office exec) Eddie Robinson, in his memoir Lucky Me, it prompted “one of our hitters” (Robinson didn’t say whom) to suggest that desperate times called for a desperate measure:

We picked a spot in the Municipal Stadium scoreboard in center field, and placed one of our pitchers out there with a telescope sitting on a tripod. Our pitcher would let us know when he had the opposing catcher’s signals. We had one of the grounds crew dressed in a white uniform sit in the bleachers alongside the scoreboard. For the hitters who wanted the signals, he’d hold his legs together for a fastball, spread them for a curve ball, and get up and walk around if he didn’t have the sign.

So if anyone watching a late 1948 game in the old Mistake on the Lake saw a man in white next to the scoreboard opening and closing his legs and walking around, he wasn’t doing one of the dances men do when they need the men’s room desperately but are just as desperate not to miss the action on the field before the sides changed between innings.

“Some of our hitters, including me, didn’t want the [stolen] signs,” Robinson wrote, partially because Hall of Famer Rogers Hornsby, who’d been a spring training instructor for those Indians, told him just to hit what he saw. “Of course, Hornsby was so good he could just react to the pitch,” Robinson continued. “I probably shouldn’t have followed his advice because I wasn’t as good a hitter and needed all the help I could get. I should’ve been looking for pitches.”

Starting with the nightcap of a Labour Day doubleheader, the 1948 Indians won 20 of their final 26 games including the famous pennant tiebreaker against the Red Sox. Robinson swore the Indians never tried their telescopic theft on the road including in Fenway Park (where the scoreboard sat invitingly at the bottom of the Green Monster, then and now) or in the World Series. (The Indians beat the Spahn-and-Sain Boston Braves in six games.)

“I’ve always thought sign stealing from way out there was overrated,” Robinson wrote, “and it rarely if ever has had any impact on the outcome of a game.”

The key may be “rarely.” The Indians fell to four and a half back by Labour Day before the string to win the pennant. The ’51 Giants—with their center field clubhouse Wollensak spyglass and buzzer to the bullpen for sign-stealing—came back from a thirteen-game deficit on 11 August to force the fabled pennant playoff.

And manager Leo Durocher didn’t exactly retire his intelligence operations when he left the Giants a year after managing them to a World Series sweep against a later crew of Indians. The Lip got very creative when he turned up managing the Cubs in the late 1960s-early 1970s, including their lively 1969 National League East race with the Miracle Mets. Enough to make his ’51 Giants resemble the Flintstones.

During the thick of the Watergate scandal, Victor Lasky recorded a very credible history of previous White House and other politically-based crimes and published it under the title It Didn’t Start with Watergate. Baseball historian Paul Dickson’s delivered an updated edition of his 2003 book The Hidden Language of Baseball. He could have subtitled it, plausibly, It Didn’t Start with Astrogate.

Dickson talks about sign stealing in just about all its ways, shapes, and forms. Including that Durocher often had the opposition clubhouse bugged with eavesdropping devices. “[Hall of Famer] Gaylord Perry, pitching for [the Giants], later related that when the Giants detected this, they held team meetings to loudly discuss bogus pitching plans just to confuse the Cubs.”

Durocher probably wasn’t the only Cub skipper or brain truster with a flair for technological espionage, either. Charlie Metro—once one of the Cubs’ infamous early 1960s College of Coaches managerial rotation—revealed those Cubs used a closed-circuit camera whose receiver was in “a little room” behind the dugout that wasn’t unlocked until game time.

Metro himself had the rig dismantled when he became the Cubs’ third and final manager—er, head coach—during 1962. “I didn’t like the device,” he said, “and, besides, our batters were so poor they couldn’t hit the ball even if they knew what was coming.”

As a matter of face, Dickson wrote further, the 1977 Rangers were so convinced that the Yankees were bugging visiting teams a la Durocher that they once had the Yankee Stadium visitors clubhouse swept by an electronics expert.

When Hall of Famer Frank Robinson managed the Orioles in 1990, Dickson wrote, he thought the White Sox were up to a little tech espionage—he caught White Sox coach Joe Nossek, a reputed sign-stealing expert, behind the first base dugout with a walkie talkie to send Oriole dugout signs to White Sox skipper Jeff Torborg.

The next year, Robinson caught onto the new Comiskey Park (known today as Guaranteed Rate Field) including a video room right behind the White Sox dugout, “providing manager Torborg and his coaches easy access to the catchers’ signs, as shown by the center field camera as well as the dugout and the third base coach.”

Robinson and the Orioles complained to the American League about the White Sox both times. Both times the league did three things: jack, diddley, and squat. “I’m convinced,” Robinson said, “that they are the one team who cheats.”

Remember: all that technological spookery from off the field is/was against the formal rules of the game and, even if it hadn’t been, was still considered above and beyond the normal gamesmanship pale. Coaches can decipher and steal dugout signs; players can steal them on the bases, and nobody would really call for an investigation. Cameras off the field and bugging devices in the dugout? Unlawful.

And, as The MVP Machine co-author Ben Lindbergh reminds us, whether or not such off-field-based espionage really did you some big favours in the end—the ’51 Giants had that thirteen-game deficit comeback but lost the World Series; the 2017 Astros, not yet shown to be doing it on the road somehow, were better on the road than home until the postseason—doesn’t make it right.

The Astros’ brand of sign-stealing was more brazen than most, and possibly longer-lasting. In its 2017 form, at least, it’s also easier to see, now that we know what we’re looking and listening for. (They didn’t have YouTube, Twitter, and sound-processing software in 1899.) That’s embarrassing for baseball, so the Astros will pay in some way for their crimes. While the baseball world waits to hear Houston’s sentence, it will wrestle anew with some of the sport’s peskiest questions. How widespread is sign-stealing? Can (and should) sign-stealers be stopped? And maybe most unanswerable: How well does sign-stealing work, anyway?

If it’s not old-fashioned on-the-field gamesmanship, it doesn’t matter how well it works for you. Just because you didn’t commit history’s first murder doesn’t acquit you if you tried but failed to commit murder today. Just because your team isn’t the first to commit high-tech sign espionage from off the field doesn’t acquit you if you get caught, either, and it doesn’t matter if it didn’t do you the favours people think it did. Just ask Watergate’s version of Car 54, Where Are You.

Now, something really scary. I pondered it aloud early on during Astrogate, but it’s worth revisiting for now. Trevor Bauer, pitcher, is as well known for his hobby of building and flying camera-wielding drones (he once sliced a finger repairing one during the 2016 World Series, when he pitched for the Indians) as for his unusual training methods.

Bauer once demonstrated his drones to television technicians for potential game coverage techniques, including showing them a panorama flight around Progressive Field and following Indians outfielder Tyler Naquin around the bases when Naquin hit an inside-the-park home run in a game.

Don’t assume someone isn’t pondering Bauer’s drones and their prospects for sign-stealing once they master the building and deployment of those drones. Or, if somebody actually dreams that up, some team or maybe even an umpiring crew preparing strategic defense initiatives. (Wouldn’t that be a sight at the old ball game—time called to shoot down drones?)

If you think that can’t really happen here, I have an Antarctican beach club to sell you cheap. Because whatever comes down upon the Astros and anyone else Manfred and his bloodhounds uncover as guilty of off-field-based sign espionage, and whatever heavy sanctions Manfred drops on the culprits, boys will be boys. Always have, always will.